Between text, images, videos, polls, and GIFs, there are lots of ways to create content for your Twitter followers. But sometimes Twitter’s 280-character limit just isn’t enough. Sometimes you want to tell a longer story.

Well, you can! Despite Twitter’s limitations, you can write as much as you like by using a Twitter thread. This simple technique is a powerful way to tell longer stories, provide detailed information, or answer your followers’ questions. They’re also easy to create!

In this article, we teach you how to create a Twitter thread and offer some best practices to make your threads captivating and engaging.

A Twitter thread – sometimes called a tweetstorm – is a series of tweets, posted by the same person, that are intended to read consecutively. It’s a clever way to get around Twitter’s 280-character limit so you can tell longer stories or present complex information.

An experiment by Buffer discovered that Twitter threads receive more impressions and engagements than single tweets with a link. It’s hard to say why, but a reasonable explanation is that a Twitter thread keeps the content on Twitter’s platform where your followers are already spending their time. It doesn’t require them to click to another site.

For the purposes of this tutorial, we’re going to use Twitter’s desktop site. The process to make Twitter threads in Twitter’s apps is similar, so look for the same buttons.

Repeat those steps for all of your additional tweets. Don’t forget that you can add images, videos, polls, and links to any of your tweets in the Twitter thread using the icons beneath your text. These are powerful tools to grab your followers’ attention, so use them generously.

Podcasters should know that you can also include podcast audiograms in your Twitter threads. These are exceptionally powerful tools to boost engagement levels, entice listeners to grab the latest episode, and draw potential listeners to your show.

Learn more: How to Get More Traffic to Your Show with Podcast Audiograms

Once your tweets are in place, the last step is to publish them all at once. We also recommend reading through the thread entirely before publishing to make sure your tweets are cohesive and clear. This is also a good time to fix up those inevitable spelling and grammar errors.

If you decide to add more content to your Twitter thread later (maybe you need to clarify a point or add some relevant details), you can always add tweets to the same thread. Twitter makes this simple. Visit your thread and click the “Add another Tweet” button at the bottom.

While Twitter’s UI is sufficient for Twitter threads, some people don’t think in 280-character sprints. They prefer to write their entire thread at once and then break it into tweet-sized bits. If this sounds like you, check out a Twitter thread app.

Our favorite app for Twitter threads is Chirr App. The free level lets you write up to 10 tweets and one image per thread. If you make a lot of Twitter threads, the $4/month is pretty reasonable.

But that isn’t the only Twitter thread app. Check out these as well: ThreadStart, Typefully, and Twitter Thread Maker.

Try Castos for free for 14 days. See how it helps you create great content and connect with your listeners.

Now that you know how to make a Twitter thread, let’s talk about making those threads great.

Just like the first line in a blog post or the first words of your podcast episode need to captivate your audience, so should the first tweet in your Twitter thread. Think of it like the subject line of an email: It has to be good if you want people to keep reading.

Additionally, the first line of your Twitter thread is the one your followers are most likely to see in their feed and retweet to their followers. So it has to be something share-worthy. V

Avoid revealing the whole jist of your Twitter thread in the first tweet. You want them to have a reason to keep reading. That said, don’t hide the theme of your thread with vague language or clickbait phrasing. It’s a careful balance.

Finally, it’s smart to indicate to your followers that your first tweet is part of a thread. The simplest way to do this is by adding “(a thread)” to the end of your first tweet to let them know to keep reading. You could also add numbers to the end of each tweet in case some readers jump into the middle of the thread. If they see “8/” at the end of the tweet, they know they have seven previous tweets to read.

Jeremy Moser offers a great example. He starts with a unique statement – something that makes you curious. Then he tells you what you’ll find in his subsequent tweets.

If you are an experienced Twitter user, you’re probably pretty good at reducing your thoughts to small, manageable chunks. But that’s not how a Twitter thread works. Instead of trying to be concise, your goal is to tell a complete story, even if you are a little long-winded.

You see, humans are made for storytelling. As social creatures, we are attracted to stories. They change our behavior by changing our brain chemistry. Here’s a great explanation of how this works by Paul J. Zak, Ph.D., director of the Center for Neuroeconomics Studies at Claremont Graduate University.

If you use your Twitter thread to tell a good story, your followers will be hooked until the end. They’ll retain what you say and develop a connection with you. This makes it much easier to convert them into a blog reader, video watcher, or podcast listener.

3. Find ways to be unique

Twitter threads offer a lot of possibilities. Like any social media technique, it’s important to be unique, otherwise your content will be lost to the noise of the web. If people aren’t engaging with your content, you’ll need to come up with new ideas and experiment to create buzz.

What should you include in your Twitter thread? You might live tweet a conference, publish noteworthy quotes from your podcast episode, turn your video into a series of GIFs, or publish your notes from a seminar. You could host a game, respond to fan questions, or teach a comprehensive lesson. You have a lot of freedom here.

Learn more: How To Promote A Podcast On Social Media

Obviously a Twitter thread requires a lot more time and effort than a basic tweet, so you’ll want to get as much mileage out of them as possible. It’s critical that people share your thread (or any tweet in it), so it’s your job to make it shareable.

What makes something valuable? According to the New York Times Customer Insight Group, something is share-worthy when…

Whenever you start a Twitter thread (or post anything online, for that matter), make sure it hits at least one – but ideally all five – of those points. If they feel connected to your post, there’s a much greater chance they will share it with their followers.

5. Be active in the thread

Your work isn’t done once you publish your Twitter thread. If you want maximum engagement from your followers, you have to be active as well. Keep in mind that the people who reply to your tweets are probably your most ardent supporters oh, so they deserve your attention.

Monitor the replies to your individual tweets and reply in kind. Look for ways to continue to entertain and add value. These conversations are also good opportunities to learn about your followers’ needs and problems.

Now that you know how to make a Twitter thread and do it well, the ball is in your court. Use this unique style of social media posting to create engaging content that grows your audience and delights your fans.

Have you ever produced a Twitter thread? What’s your experience? Let us know in the comments.

Podcast Hosting Made Just For You

Castos makes it easy to build, grow, and monetize your show 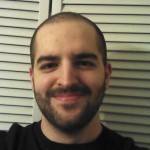 YouTube beats out Spotify podcast listenership platform in the US. Now what?

It’s no surprise that YouTube quietly edged out Spotify to become the largest podcast consumption platform in the US. At least for now. Lots of podcasters struggle with discoverability and …

How to Grow Podcast Listeners: 16 Strategies to Grow Your Podcast Audience

You’ve launched your podcast and produced a few episodes. Now you’re wondering how to grow podcast listeners. Every podcaster turns their attention to this problem at some point.  Except in …

Castos is a participant in the Amazon Services LLC Associates Program. We may earn commissions from your purchases on Amazon.com, though at no cost to you. If you want to …