Castos is a participant in the Amazon Services LLC Associates Program. We may earn commissions from your purchases on Amazon.com, though at no cost to you.

For those thinking about starting a podcast or those looking to change their podcast equipment, the name Blue Yeti may have crossed your orbit at some point or another. If you’re on the fence about this microphone, let our Blue Yeti review help you make up your mind.

What is the Blue Yeti?

The Blue Yeti USB microphone is definitely not a studio-quality microphone but that doesn’t mean it’s not worth investing in, especially if you’re new to podcasting. It’s a plug-and-play USB microphone from the Blue Microphones line that typically doesn’t require much setting up.

In other words, you won’t require a separate audio interface, which may relieve a lot of newbies out there, as those can be quite pricey. Just connect the Blue Yeti to your PC or laptop via a USB cable and you’re ready to start recording.

As we said, it’s not the best in terms of overall sound quality but it’s well-built and versatile enough to facilitate the recording of a podcast without needing a complex setup.

The standard (or base) Blue Yeti mic is essentially the opposite of the Blue Yeti Pro. It doesn’t come with as many bells and whistles as the Pro and is significantly less expensive. However, it does its job well and is very easy to use, making it an ideal piece of equipment for a new podcaster to start recording with.

This version was specifically designed for broadcasting. Despite being marginally less expensive than the original Blue Yeti, it actually has a higher bit rate. In addition to that, it only comes with two proprietary condenser capsules, whereas, the standard one comes with three. Other than that, it doesn’t differ much from the other Yeti Microphones.

As with most pro models of any device, the Blue Yeti Pro provides a better experience overall. This means higher audio quality and a higher price tag. It’s made from quality parts and is the most likely of the Yeti microphones to give you clear sound without you having to move things around too much.

Castos gives you all the tools and expert guidance you’ll need to create an incredible podcast that will make a lasting impression for your brand.

How Much Does The Blue Yeti Cost?

Our favorite part of this Blue Yeti review is the price.

High-end microphones can easily cost you well over $1,000 without an audio interface, and no, the third zero is not a typo. The standard Blue Yeti will set you back a mere $129.99, which is significantly less than $1,000.

Granted, USB mics generally always cost less and won’t necessarily give you studio-quality audio but the Blue Yeti certainly can put up a fair fight against a lot of expensive microphones. If you’re feeling frivolous with your finances, you could get yourself the Blue Yeti Pro pro for $249.99, which is also an incredibly reasonable price considering what you get for it.

A Blue Yeti review wouldn’t be complete without an overview of the features. Considering how much it costs, the Blue Yeti comes with a number of features that can help enhance the overall quality of your podcast:

This plug-and-play USB microphone can be used on both Windows and Mac systems. Mac systems should be running Mac OS X or above and Windows systems can be running Windows XP or above.

Setting Up the Blue Yeti

Because it’s a USB mic, most of your setting up is done when you plug it into a viable USB port. Once you’ve done that, your computer will automatically detect the recording device and you’ll be able to use it in any program or platform that requires a microphone.

Beyond that, it’s primarily a matter of finding the best position for your USB mic. Start off by finding a recording room that is free of echoes and general noises. Position the microphone vertically and directly in front of you, around 4 to 10 inches away. It’s best to position Blue Yeti mics on the boom mic stands that they come with.

Pros and Cons of the Blue Yeti USB Microphone

If you’re still undecided at this point in our Blue Yeti review, then here’s a look at some of the advantages and disadvantages of investing in a Blue Yeti microphone. Do bear in mind that some of these could largely come down to individual preferences. Nonetheless, here are some things to consider:

Is The Blue Yeti Right For You?

If you’re a content creator who doesn’t relish the idea of having to toy with a mixer then the Blue Yeti might be the microphone you’ve been looking for.

It’s well below the cost of a dedicated mic and audio interface, offers decent audio quality, and doesn’t require expert knowledge to operate.

This could also come down to where you are in your podcasting journey. If you’re just starting out, then the standard Blue Yeti or Blue Yeti X may be best for you. If you’ve been in the game for a while, then it might be time to start using the Pro or something even better. On the other hand, if your budget doesn’t restrict you, then just go straight for the Pro.

Overall, it’s safe to say that Blue Microphones have done a good job. Their Yeti line provides a good opportunity for content creators to produce high-quality content without having to break the bank.

At the end of the day, it’s important to remember that the Blue Yeti is a USB microphone and thus has its limitations. However, even the base version is packed with numerous features and it still does a good job of producing quality sound, which is hard to complain about considering the price tag.

If you’ve enjoyed this Blue Yeti review, then be sure to check out our list of the best XLR and USB microphones for podcasters and the best livestreaming microphones. If you have something that you strongly feel needs to be said about the Blue Yeti mic then let us know in the comments section.

Podcasting Just Got A Lot Easier

With Castos you’re just a few clicks away from starting an impactful podcast for your brand.

Get Started For Free 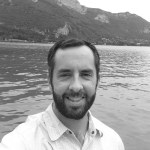 Live Streaming Setup: The Equipment and Gear You Need to Stream Live in 2022

Ready to become a streamer? In this live streaming setup ultimate guide, we show you the key pieces of equipment you need to go live.

Samson Q2U Review: An Affordable and Easy to Use Mic for New Podcasters

In this Samson Q2U review, we explain what makes this podcasting mic one of the best and help you decide if it’s right for your podcast.

In this guide, we offer our list of the best audio mixers for podcasting. These are the best options for beginner and veteran podcasters.